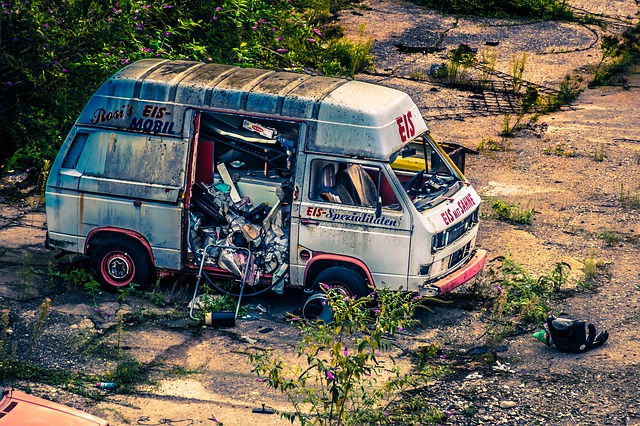 In college, my life revolved around the library, so by the time I graduated, I couldn’t imagine spending my days holed up in a cubicle. I yearned for adventure and the great outdoors.

So I decided to spend a year traveling around New Zealand on a working holiday visa. It sounded like exactly what I needed: rugged mountain peaks, clear ocean waters, and no offices in sight.

I had never seriously considered van life, but it seemed like the perfect way to explore at my own pace. Infatuated by images of little vans surrounded by vast, sweeping landscapes, I decided to buy one.

Several thousands of dollars and an embarrassingly short time later, I found myself on a plane back to the US. Here are six of the worst mistakes I made:

I didn’t know anything about cars

If you want to live out of a van and you’re not a car person, prepare to become one.

Vans are expensive — even a bare-bones one will cost you much more than a car of the same age and mileage. So you’re probably looking at something less glamorous and more prone to catastrophic failure.

To minimize your chances of buying a lemon, do your research beforehand. Knowing what problems to look out for and the typical costs of repairs will help when you’re first evaluating vans to buy and when something eventually breaks down.

This sounds obvious, but my partner and I did little research before buying our van. We knew enough to learn to watch out for aged cam belts — a costly part to repair that’s prone to failure in older vehicles — but not what one looked like.

We checked out a van without any documentation of whether its cam belt had been recently replaced but were satisfied when its owner popped the hood and showed us what looked like a sparkling new one. Weeks later, we realized he’d actually shown us the fan belt.

I had cockroaches in my van.

I didn’t feel like I had a true inside to retreat to, because the outdoors always made its way in.

When it was cold outside, it was chilly in the van. When it was wet, we would drag the water in with us. I forgot what it was like to be able to truly separate myself from the environment.

Our van also had cockroaches. Although I’ve dealt with bugs and mice before, each pest had been unpleasant in its own right but I always had somewhere to get away from them.

In the van, they were always looming over me — they were where I cooked and slept, …….